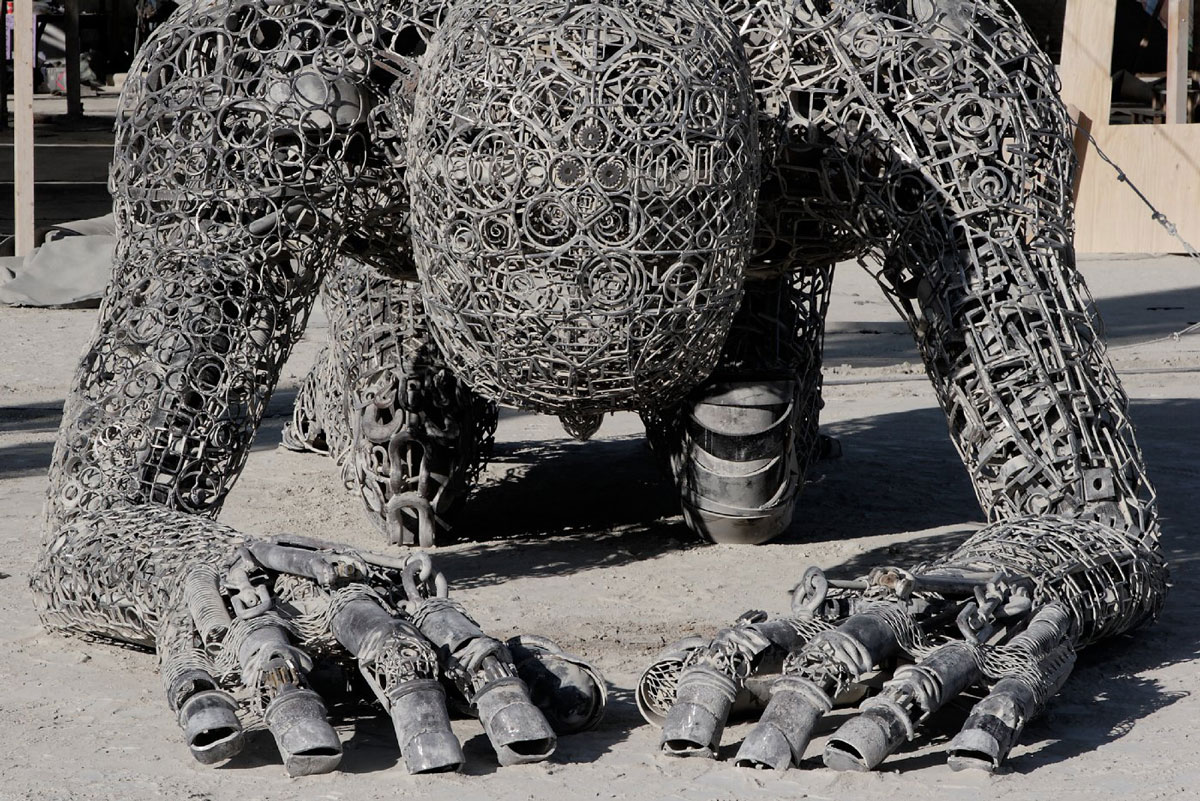 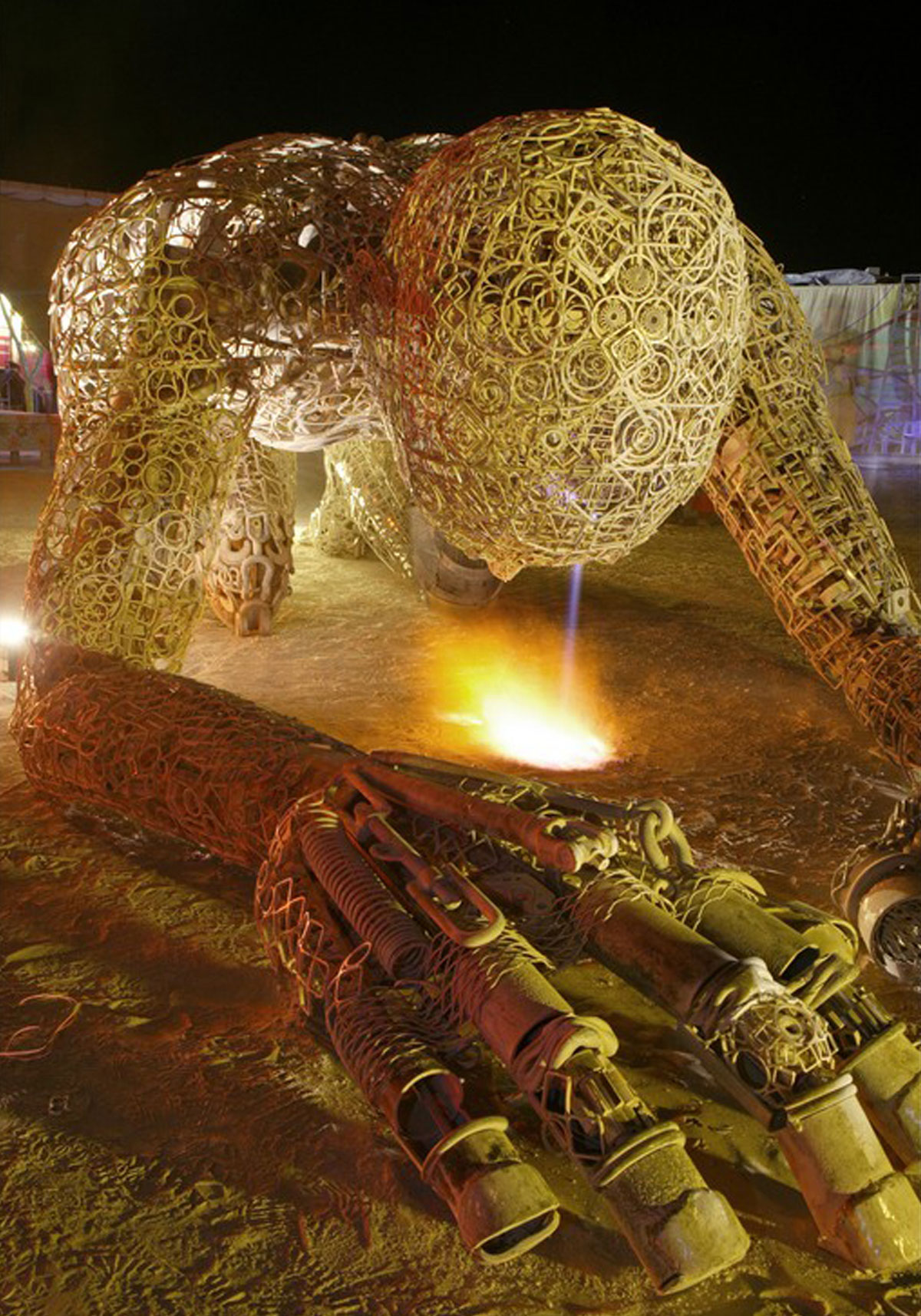 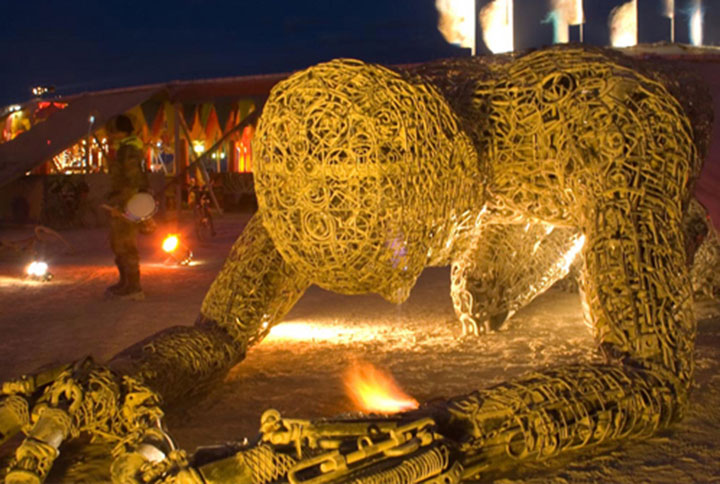 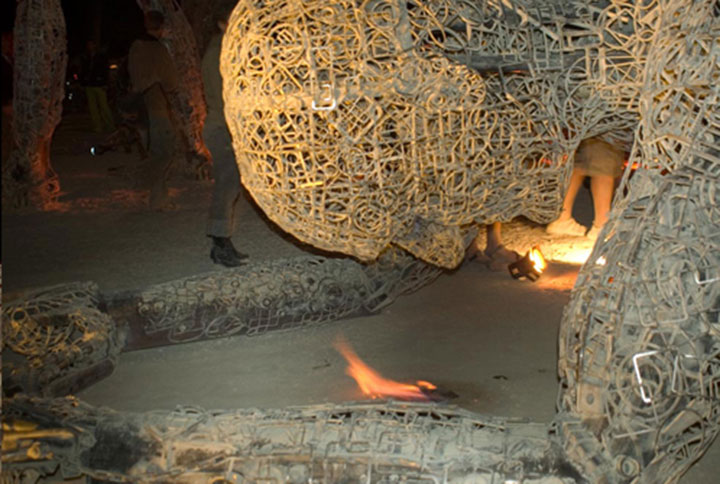 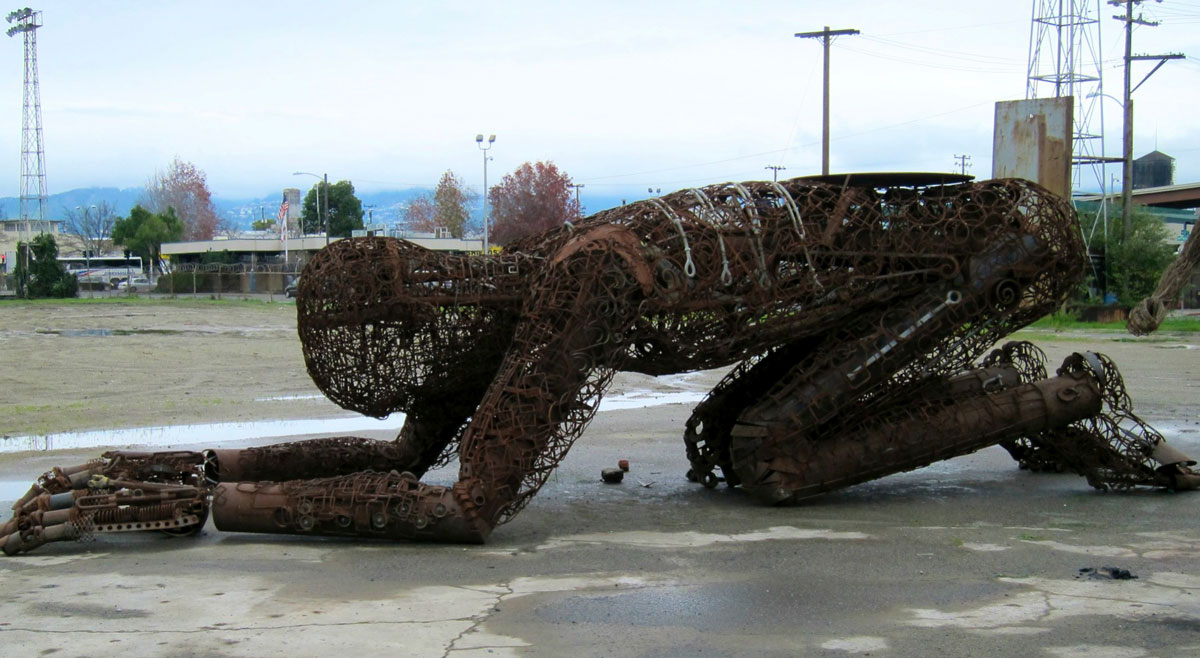 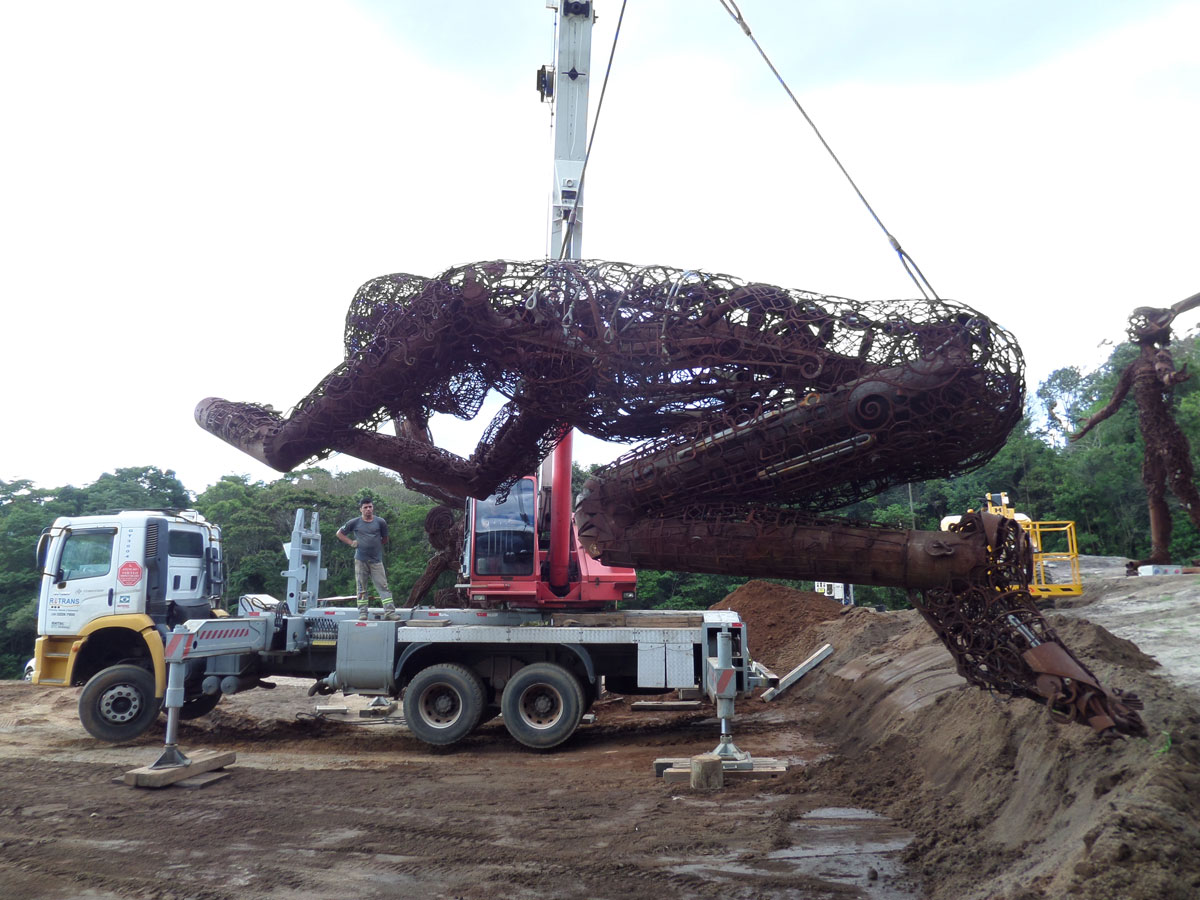 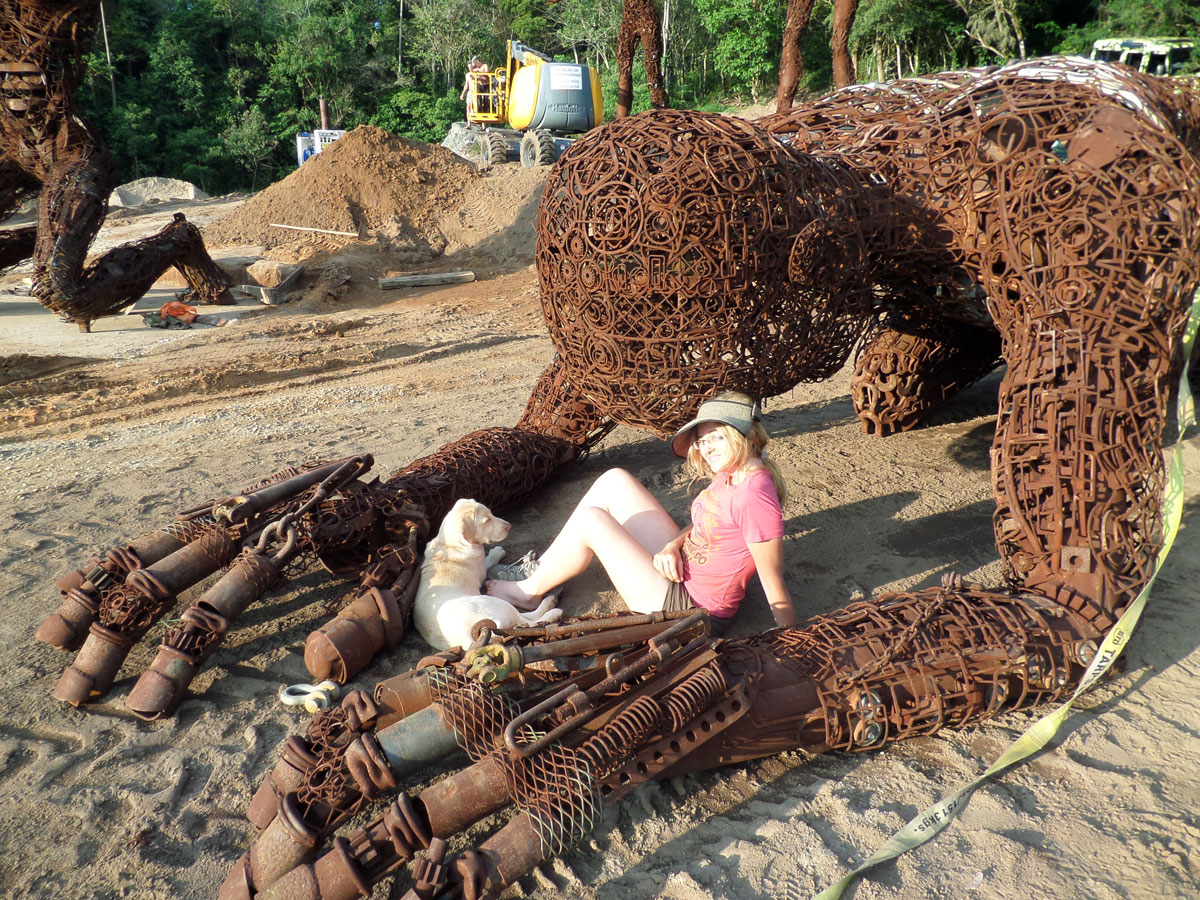 Achmed bows to and is grounded to the Earth in a posture of humility. His connection to the Earth is magnified in the exaggerated scale of his hands. His form is executed with delicate and dynamic patterns along with illustrative symmetry.

During the years in between, he stood on exhibit at American Steel Studios, creating awe and inspiring interaction with the local community and passersby.

In 2012, Achmed, along with six other large scale sculptures, became part a permanent exhibit at Reserva do Ibitipoca, Minas Gerais, Brazil. 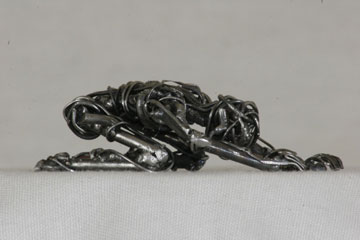